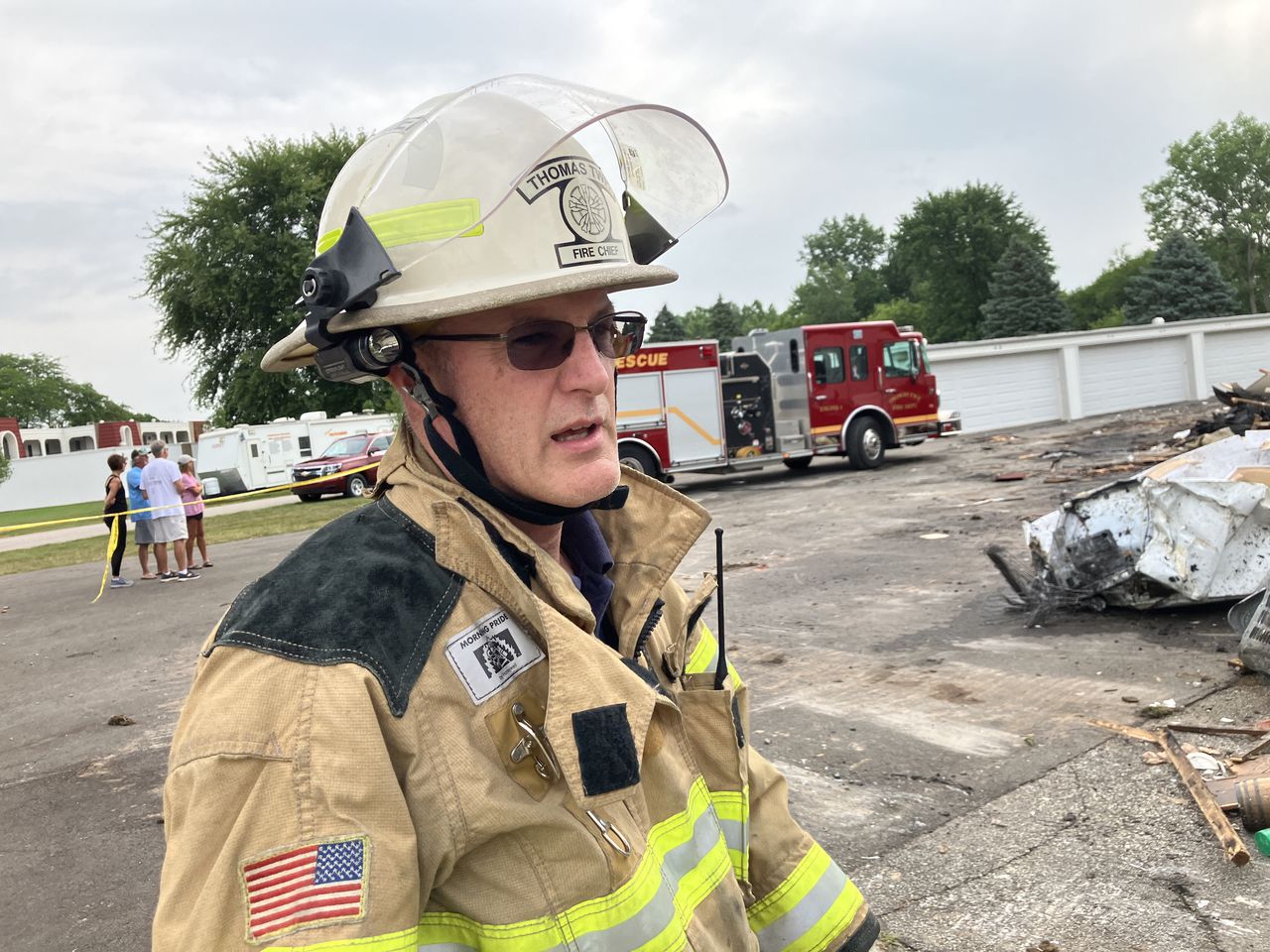 THOMAS TWP, MI — Friday morning, hours after firefighters in Saginaw County put out the larger part of a blaze that destroyed several condominiums, Brian Call strolled up to the area to assess the damage.

Thomas Township Fire Chief Michael R. Cousins said his department was dispatched for a fire at about 4:45 p.m. on Thursday, July 7, and when they arrived on the scene they saw heavy smoke coming through the roof of the two-story residential condominiums

Call said his mother, Theresa Call, lived in the condominiums. Both said old, irreplaceable photographs and the memories attached to them are what will be missed the most.

“They had some money and gold coins and stuff in there, but they lost everything,” Call said. “She got her dog out, but her neighbors’ cats are still missing.”

Call says his mother had moved into the condo unit about six months ago after settling down and selling their home. The unit in question however may also have some relation to the larger incident.

According to Call, the incident allegedly stemmed from maintenance issues during an air conditioner repair. Firefighters have not confirmed the cause yet and an investigation is still underway.

Red Cross officials have been set up at Hemlock High School to assist residents of the roughly 20 units that were destroyed by the fire at Swan Valley Condominiums.

Disaster Program Manager Annette Swain said of the affected families, her volunteer response team has been in contact with all but one as of Friday. Everyone has been accounted for, outside of several cats that have not yet been located.

Swain said the Red Cross has documentation set up to steer each person towards what they will need to recover.

“We work with them to take and provide a lot of information,” Swain said. “Provide immediate assistance, work with them for another 60 days on the recovery process.”

The documentation provided includes how to verify the event with each property owner’s insurance, hotel residency information and assistance, information on acquiring clothing and home necessities that have been lost, transportation assistance and contact information for partnered certified registered nurses who can aid in recovering needed medication that had been lost.

Fire crews said after tackling the raging fire for several hours, they remained on the scene trying to put out remaining hotspots until nearly 6 a.m. Friday morning.

The cause of the fire and estimated damages have not been released.