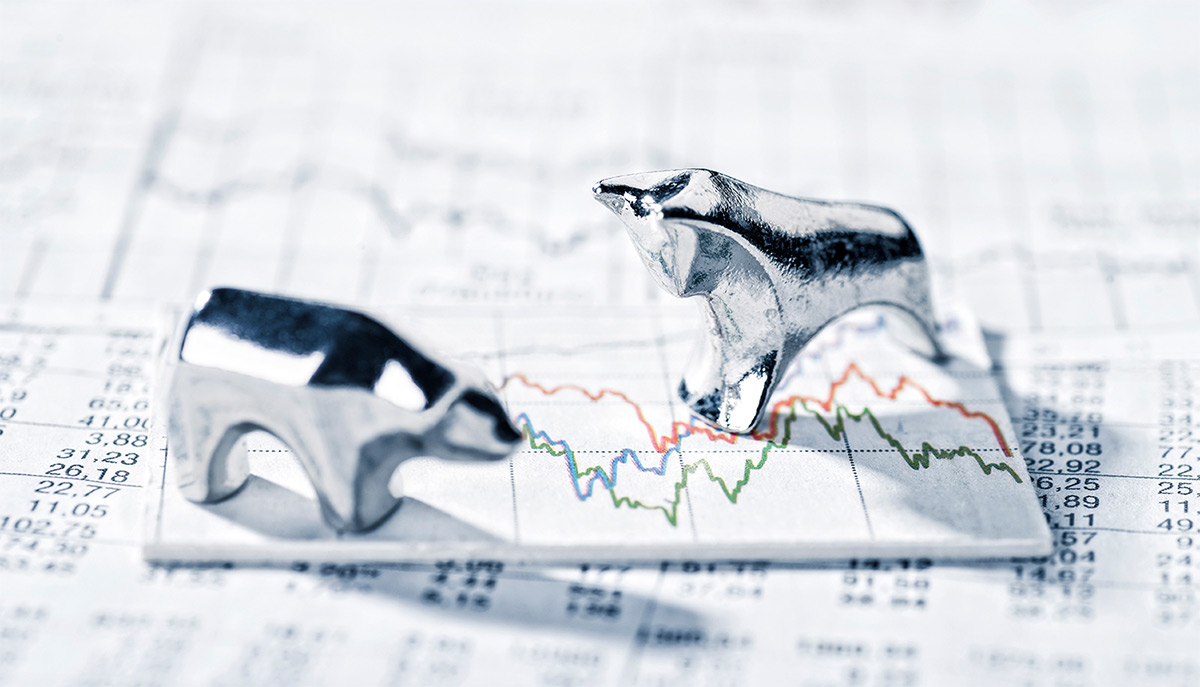 Investors Face a Week Packed with Big Economic and Ea…

This week’s economic calendar is full. Perhaps the biggest announcement comes Wednesday with the Fed’s interest rate decision, but big tech is packing the earnings calendar.

This morning, the CME FedWatch Tool was calculating a 77.5% probability that the Fed would raise the overnight rate 75 basis points on Wednesday. The probabilities are likely to rise the closer we get to the announcement, so it will likely fall to the accompanying statement and press conference with Federal Reserve Chair Jerome Powell that to move the market on the rate picture.

Thursday’s gross domestic product (GDP) has the potential to be controversial as well because of the ongoing debate over what constitutes a recession. Historically, two consecutive quarters of negative GDP growth have defined a recession, but some, including the White House, are arguing this time it’s different because of the strength of the U.S. jobs market.

In the first quarter, GDP was -1.3%. Currently, the Federal Reserve Bank of Atlanta’s GDPNow tool is projecting -1.6% growth the second quarter. However, the unemployment rate is just 3.6%. Therefore, all eyes will be on the National Bureau of Economic Research (NBER) because they get the privilege of determining whether or not a recession is “official.”

Whatever happens with the labeling, the GDP report should help analysts and investors see where the weaknesses are in the economy.

However, recession fears aren’t limited to the U.S. The July German Business Climate Index, which measures economic expectations for the next six months, came in lower than expected and much lower than the previous month. The survey of German manufacturers, builders, wholesalers, and retailers revealed that many of them are expecting a recession in Germany. The German DAX was trading 0.3% higher overnight despite the news.

Stocks appeared to be dragged down by negative manufacturing news from Australia, France, Germany, and Japan. Each reported preliminary manufacturing numbers that suggested manufacturing in each country was contracting. The news fed the global economic slowdown narrative that has been haunting stocks.

Internet stocks took an additional hit as Snap (SNAP) and Twitter (TWTR) reported earnings misses. SNAP had the biggest miss by far, causing it to plunge 39.08% on the day. However, Twitter was able to eke out a 0.81% gain. Despite the split reactions to the misses, other internet stocks fell. Alphabet (GOOGL), Meta (META), and Pinterest (PINS) tumbled 5.63%, 7.59%, and 13.51% respectively.

Investors appeared to ignore stocks in the defensive sectors as health care, utilities, and consumer staples ended the week near even.

Not only was the consumer discretionary sector the best sector last week, it’s on track to be the best for the month. The consumer discretionary index was up 12.25% from the first of July to last Friday’s close. The Technology Select Sector Index is in second place at 9.14%. These two indexes represented the only sectors to outpace the S&P 500 over that time frame. The Utilities Select Sector Index was the only sector index to be in the red so far this month, down -1.84%.

CHART OF THE DAY: CONSUMER STRENGTH: The Consumer Discretionary Select Sector Index ($IXY—candlesticks) has underperformed the S&P 500 (SPX—pink) over the last 12 months. However, the consumer discretionary index is gaining in relative strength (green) against the S&P 500, which could be a bullish sign for the sector. Data Sources: ICE, S&P Dow Jones Indices. Chart source: The thinkorswim® platform. For illustrative purposes only. Past performance does not guarantee future results.

SKEWED UP: The Consumer Discretionary Select Sector Index closed near its June high last week as investors found a taste for growth stocks. Amazon (AMZN) and Tesla (TSLA) are the two largest companies in the capitalization-weighted index and account for approximately 42% of its performance. With AMZN and TSLA skewing the returns of the index, it’s difficult to say if investors are bullish on consumer discretionary stocks in total or just Amazon and Tesla. An investor would need to break down the industry groups within the sector to better determine the demand.

EARNINGS UPDATE: According to Refinitiv, S&P 500 companies for the Q2 2022 earnings season are on track for 6.2% earnings growth year over year. However, when excluding energy, growth falls to -3.2%. So far, 106 of the S&P 500’s companies have reported earnings with 75.5% beating analysts’ estimates, which is above the long-term average of 66.1% but lower than the previous four-quarter average of 80.6%.

The energy sector has the highest earnings growth rate at a whopping 259.6% year over year. Industrials are second at 26%, and financials are the worst at -22.1%.