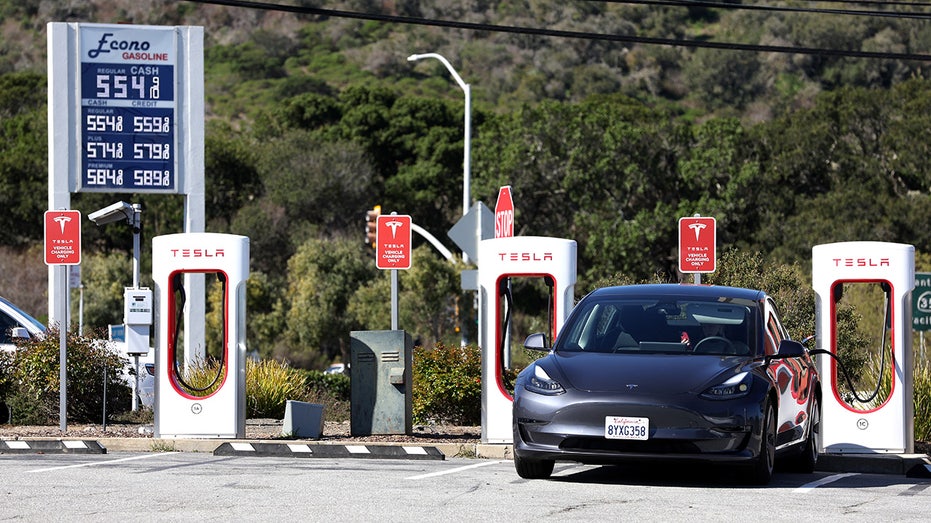 Electric car survey finds this as the biggest reason

Automotive sector analyst Lauren Fix weighs in on the ‘billions of dollars’ in revenues the automotive industry has lost on ‘Cavuto: Coast to Coast.’

A survey of U.S. adults has found that the logistics of where and when they would be able to charge an electric car is the largest barrier preventing them from owning such vehicles.

The revelation emerged in a recent poll of around 8,000 people conducted by Consumer Reports, in which a combined 36% said they would “definitely” or “seriously consider” choosing an electric-only vehicle as their next auto purchase.

When asked about the top concerns preventing them from making the jump from gas to electric, 61% cited charging logistics, followed by 55% saying the number of miles the vehicle can go per charge and 52% saying the costs of buying and maintaining an electric-only vehicle.

The U.S. Department of Energy reports that there are currently around 49,000 public charging stations across the country.

ELECTRIC CAR REVOLUTION: YOU BOUGHT ONE, BUT CAN YOU GET IT SERVICED?

A Tesla car recharges its battery at a Supercharger on March 10, 2022 in San Bruno, California.  (Photo by Justin Sullivan/Getty Images / Getty Images)

President Biden, meanwhile, has made it a goal to “build out the first-ever national network of 500,000 electric vehicle chargers,” the White House said in June.

IF YOU WANT AN ELECTRIC TOYOTA YOU SHOULD BUY IT SOON. HERE’S WHY

The survey, which was conducted in January and February when national prices for gas hovered around $3.40 a gallon, also found that those more likely than others to obtain an electric car as their next vehicle were male, younger and living in urban areas with a higher education and household income, according to Consumer Reports.

GET FOX BUSINESS ON THE GO BY CLICKING HERE

And 46% of the respondents said they have not heard of any financial incentives available for electric-vehicle owners.

“The survey shows that there is clear interest among Americans in reducing costs for transportation and lowering their environmental impact,” said Quinta Warren, Consumer Reports’ associate director of sustainability policy. “It underscores some key concerns, but fortunately, many of these barriers to owning a battery-electric vehicle EV can be addressed through experience and education.”